N the News 2day: My Vote is Colorblind! 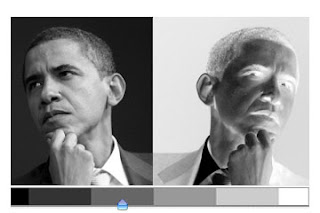 They're gonna do a study to see if the Blacks who want to vote for Obama are only doing so because he's Black. Um...A better question would be are those Whites who want to vote for Romney only doing so because Obama is Black? Hmmm?!? I, personally, am voting for PRESIDENT Obama because he really has MY, the 47% middle class's, best interest in mind. I don't agree with all his views but I do agree with the way he views ME, my coworkers and my loved ones. The candidate I like just HAPPENS to be Black. Not my fault, neither is it HIS! Matter of fact, it's not a FAULT at all! 'Certain' people CRIED when Obama was elected into office...CRIED, I SAY!!!! When has anybody CRIED over a President being elected into office because they thought the country was DOOMED?!? And it sure wasn't just because he is a Democrat because if that was the case, why didn't they cry when Clinton was elected? They CRIED and almost lost their minds because Ob
ama is HALF Black...Now, he is the 'Anti-Christ' and America has been 'OVER-TAKEN'(since Romney feels the need for 'us' to 'take America BACK' o_O). The negative response to having a Black President was so outrageous that they deemed it necessary to make a VIDEO of the reactions of 'certain' people who wanted to leave the country & really thought America was gonna spontaneously combust under PRESIDENT Obama's rule...simply because the country had never had a President of color. (REGARDLESS OF THE 'POLITICAL EXCUSES' THEY TRY TO GIVE TO COVER UP THE 'REAL' REASON! Shoot, some even came right out and said it was because he was Black...Which I would almost rather than the LIES!) Wow. Sure wish folks would stop trying to flip the script & shift the blame. 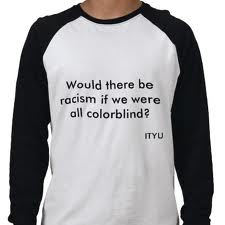 Email ThisBlogThis!Share to TwitterShare to FacebookShare to Pinterest
Labels: N the News Today

So you are one of the brave ones...Come on in...I've been waiting for you!!